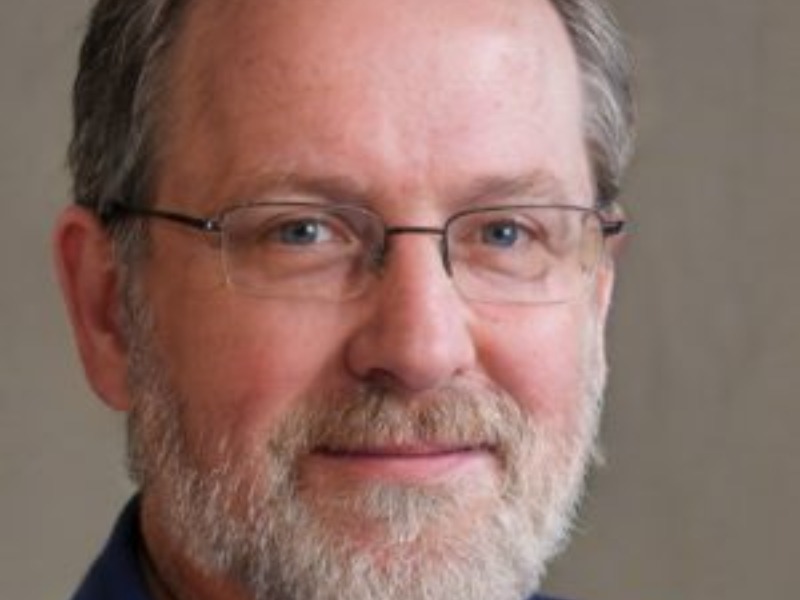 When I opened up the box the A500 came in and saw it for the first time, I said to myself, “This is either the most incredible bargain in the history of audio or a total fraud!” The MSRP is $230; I’ve seen it listed on the Internet for $180; and it’s a pretty nice-looking stereo amplifier rated at 160/160 watts into 8Ω, with quite a few professional features. Come on, what’s going on here?

Well, there are a number of things going on. To begin with, the measured performance of the A500 isn’t up to the level of a Bryston or a McIntosh, although that doesn’t mean the A500 will sound worse. (As I have said, and written, innumerable times, any two amplifiers with high input impedance, low output impedance, flat frequency response, and sufficiently low distortion and noise will sound exactly the same at matched levels if not clipped.) Then there are construction details, such as the XLR input jacks without push tabs, the bare-wires-only output terminals, the flimsy front panel, etc., etc., that would obviously be better on costlier amplifiers. The fact remains, however, that Behringer is able to offer sophisticated audio equipment at lower prices than anyone else. It’s a lesson to all of us audiophiles.

Behringer is a 16-year old German company with an exceptionally rapid worldwide growth pattern in the field of professional audio. At this point they cover the globe with a full line of products for musicians and sound engineers. These include mixing consoles, analog and digital signal processors, guitar amplifiers, studio reference monitors, microphones, public address enclosures, etc. The lesson Behringer exemplifies is that large-scale production combined with professional engineering can result in very high-quality products of great complexity at an amazingly low price. Think computers. How much would a top-of-the-line Dell or Gateway cost if manufactured in the quantities of a Mark Levinson or Krell preamp? Probably half a million. Professional audio on the Behringer scale marches to a totally different drummer than high-end consumer audio. Products are engineered for functionality, not for image and talking points, and made in sufficient quantities to eliminate manufacturing inefficiencies. As a result, features and performance can often equal and sometimes even surpass the high-end consumer product. It’s something that wide-eyed audiophiles should be more aware of.

The A500 is advertised as a “professional reference-class studio power amplifier” and at least in some ways it lives up to that highfalutin appellation. Each of the two channels has three input modes instead of one: balanced XLR, balanced ¼" phone jack, and unbalanced RCA. Each channel has a click-stop volume control and a multi-LED level meter that also indicates clipping. There is a fairly substantial toroidal power transformer, and the heat sinks are also far from puny. All that for $180 (all right, for $230). On the other hand, the so-called professional output terminals accept only spade lugs or bare wires—no banana plugs. And when I used the XLR jacks, one of them felt pretty loose—but it worked. (If a Mark Levinson or a Krell had loose input jacks, I’d send it back.) In addition, there are output jacks for speakers equipped with ¼" mono phone plugs, as found in some studios. What’s more, the two channels are bridgeable for mono operation with doubled power.

I had no circuit schematics, but the amplifier is claimed to be “servo-controlled.” Is that Behringerese for a feedback loop? Probably. But I really shouldn’t be so flip. For the money, the A500 is a minor miracle. If it turned out to be reliable—only time will tell—it would be a major miracle.

The specifications of the A500 are a bit too sanguine, it seems, but maybe it’s just my sample. With a little more conservative speccing the numbers could be right-on and still nothing to be ashamed of. What’s wrong with a 120/120-watt amplifier?

I’ll depart from my usual sequence of tests and start with the PowerCube because it gives a quicker overview of the amplifier’s performance. The PowerCube test measures the ability of an amplifier to drive widely fluctuating load impedances, such as presented by certain loudspeakers. As far as I know, The Audio Critic is the only American audio journal to publish PowerCube measurements. The instrument for the test is made in Sweden; it produces repeated 1 kHz tone bursts of 20 ms duration into 20 different complex load impedances across the amplifier (magnitudes of 8Ω, 4Ω, 2Ω, and 1Ω, phase angles of –60°, –30°, 0°, +30°, and +60°). The graphic output of the instrument shows the 20 data point connected to form a more or less cubelike polyhedron. The test really separates the men from the boys when it comes to real-world loads rather than just resistances.

The PowerCube of the A500 is shown in Fig. 1. There is basically nothing wrong with it. The sloping characteristic of the top of the polyhedron merely shows that the power supply is limited. Into an 8Ω load with a 0° phase angle (purely resistive) the maximum output is a little over 33 volts at the test limit of 1% distortion, which translates to 138 watts. Into 4Ω/0° the maximum output is a hair under 30 volts, equivalent to 220 watts, and then successively less into 2Ω and 1Ω. The output holds up extremely well, however, into capacitive (–) and inductive (+) phase angles at each impedance, which is most unusual in an inexpensive amplifier. A more nearly cubical picture could be drawn only by an amplifier with a much heavier power supply. 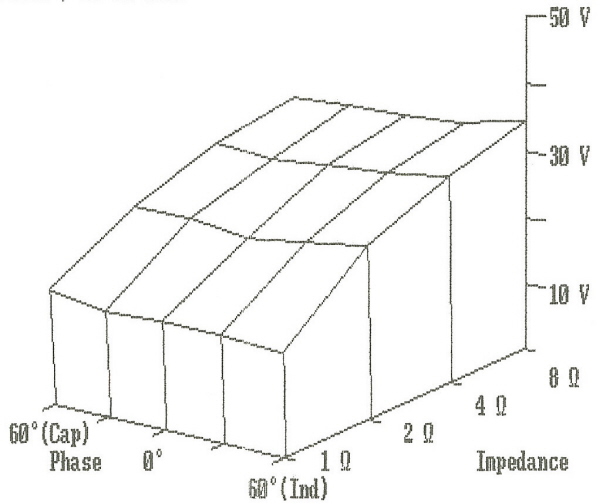 Fig. 1: PowerCube of one channel with both channels driven. The three axes are output in volts, impedance in ohms, and phase angle in degrees.

Fig. 2 shows the small-signal frequency response of the A500. The low-frequency response is unexceptionable, but on the top end –0.2 dB at 10 kHz and –0.6 dB at 20 kHz is a bit too much of a rolloff in my opinion. An 18-year-old audiophile could conceivably hear an infinitesimal dulling of transients through the amplifier. Not very likely, but not out of the question.

Fig. 2: Frequency response of one channel at 1 watt into 8Ω. The other channel was identical.

The “king of curves” in power-amplifier testing is distortion vs. power output. Fig. 3 and Fig. 4 show the THD+N of the A500 into 8Ω and 4Ω, respectively, at 20 Hz, 1 kHz, and 20 kHz. The curves are clearly noise-dominated and pretty much the same regardless of frequency, except that the 20 kHz curve shows a lot more noise at lower levels because its measurement bandwidth was opened up to 80 kHz to include the 40, 60, and 80 kHz harmonics.

Two things are obvious from these measurements. The minimum distortion never goes below –72 dB (0.025%), even in the best case, and the clipping levels are approximately 120 watts and 180 watts (generously!) at 8Ω and 4Ω. Not that there is anything wrong these numbers; they indicate a completely transparent amplifier of considerable power—but Behringer’s specs are <0.01% distortion and 160/230 watts into 8Ω/4Ω. As I said, maybe it’s just my sample, or maybe the manual was printed before actual production units came off the line, or maybe Behringer’s measurement conditions are based on a totally different standard. (I use the Audio Precision SYS-2722 instrument, the de facto standard in the USA.)

Fig. 5 shows the FFT spectrum of a 1 kHz tone at clipping level into 8Ω, in the same channel as Fig. 3. The Fig. 3 numbers are confirmed, but the good news is that the distortion is almost completely dominated by the second harmonic, which is basically harmless. (Thank heaven for FFT.)

I also measured the single-point noise of the A500 (which needs no graphic representation). With a measurement bandwidth of 22 Hz to 22 kHz, it came to –99 dB in one channel and –100.5 dB in the other. That’s a higher noise floor than found in the best amplifiers but low enough for high-quality playback—you won’t hear it.

Channel separation (or crosstalk) is shown in Fig. 6. In most amplifiers crosstalk decreases steadily as the frequency is lowered; here it remains at a constant level which is a bit higher than ideal but still inaudible. The 4 dB difference between left-into-right and right-into-left crosstalk is normal variation and nothing to worry about.

The measurements of the Behringer A500 are not quite as good as those of any number of more expensive solid-state amplifiers but they are more than good enough to meet all the criteria for transparent sound as specified above, in the second paragraph of this review. There is no such thing as an effect without a cause, and there is no scientifically verifiable characteristic that would cause the A500 to sound different from any other amplifier that meets those criteria. The main reason why golden-eared audiophiles hear differences between amplifiers that do meet those criteria is that they don’t listen at matched levels. (Let’s not even bring up the more complicated subject of double-blind listening tests.) If one amplifier is just 0.2 dB louder than another, it will sound different, and therefore “better” or “worse.”

Someone is sure to say at this point, “Well, what about that –0.6 dB rolloff at 20 kHz?” Come on. I can’t hear it; millions of others can’t hear it; if you can hear it, let that be the one and only way the A500 sounds “different.”

No, sound quality is not the issue here. I am not going to give you quasi-pornographic descriptions of the bloom of the high strings on one CD and the plumpness of the lower midrange on another, as I listened to the A500. Reliability is the one unanswered question in this case. When a high-performance piece of gear is this cheap, you naturally wonder how it will hold up under use. The A500 is too new to have a track record.

The Behringer A500 is an amazing phenomenon at the price. There is nothing else like it. I’ll tell you what. If you need a new power amplifier, or maybe just a spare amplifier, throw caution to the wind. Be the last of the big-time spenders. Buy the A500 at the lowest price you can find (maybe $180?) and take a chance on it. After all, it comes with a one-year warranty.

Prev Post
Proven: Good Old Redbook CD Sounds the Same as the Hi-Rez Formats Next Post
Which TV Is Better, Samsung Or LG? Find Out The Answer Here!
Advertiser Disclosure
The Audio Critic is reader-supported. When you buy through links on our site, we may earn an affiliate commission (at no additional cost to you). As an Amazon Associate We earn from qualifying purchases.
Popular Reviews